A director is a person who directs the making of full-length feature films, short films, live or recorded television programmes, commercials, music videos, etc. Generally, a director controls artistic and dramatic aspects of a film, and visualizes the script while guiding the technical crew and actors in the fulfilment of that vision. The director has a key role in choosing the cast members, production design, and the creative aspects of filmmaking.

1. Meeting producers
2. Commissioning a script or an idea for a documentary
3. Interpreting scripts and developing storyboards
4. Deciding on how the production should look and where it should be filmed
5. Planning the shooting schedule and logistics
6. Hiring the cast and crew
7. Guiding the technical crew
8. Directing the actors (or the contributors to a documentary)
9. Supervising the editing to produce the final 'cut'

Business Operations Specialists, All Other 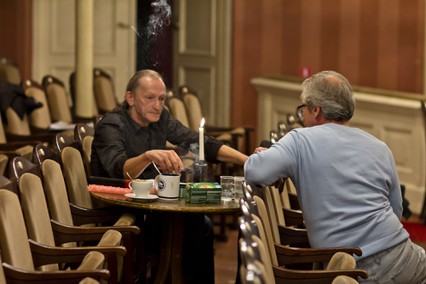 In our portal we are using cookies. Using the portal, you agree to the use of cookies. You can find out more! Accept