Marine chemists combine their expertise in chemistry with an interest in marine environments. A marine chemist is a scientist who focuses his or her career on understanding the chemical composition of the ocean and studying the makeup of underwater structures and landmasses as well as identifying the effect of sea life on different water qualities. Their work -- sometimes called chemical oceanography or marine geochemistry -- could involve determining how fast the polar icecaps are melting, or how pollution affects ocean life.

Although some entry-level positions may only require a bachelor's degree, many positions in this field will require completion of a master's or doctoral program. The highest level of education will be necessary for those pursuing research, including both pure researchers and professors. Marine chemistry is a cross-disciplinary field, requiring an understanding of physics, geology, and biology. Further, graduates should have a comprehensive understanding of the applications of methods for testing chemical composition, including mass spectrometry and nuclear magnetic resonance.
Some universities offer specific marine chemistry degree programs, but not all do — at least not at the undergraduate level. Undergraduates hoping to become marine chemists can often break into the field by studying general chemistry, marine biology or biochemistry, to name a few. A degree in the hard sciences and an interest in understanding what makes the sea the sea, from a scientific standpoint, are the key requirements. 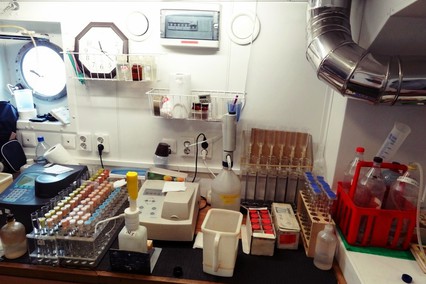