It is an university graduate, who is in training at various institutions of the European Union and whose tasks may differ depending on the establishment. He/she is awarded the traineeship though a selection process. Selected candidates can be given work at different information centres and establishments of the EU Parliament or Commision for five months and receive a monthly scholarship to cover all the expenses. Traineeships for university graduates are intended to enable trainees to supplement the knowledge which they acquired during their studies and to familiarise themselves with the activities of the European Union.

1. Working at various the EU establishments in Brussels, Luxembourg or Strasbourg, or various offices of the EU member states
2. Organising and participating in meetings, making notes
3. Summing up statistical data
4. Communicating and negotiating with non-governmental organisations of the EU, international or local level
5. Using office supplies, such as computer, printer, scanner, writing materials and others
6. Making a report of one’ s progress at the end of practice
7. Doing all the tasks given by the superior

A Bachelor degree or a diploma is required. On applying for a practice, a candidate must have completed studies of three years at least. 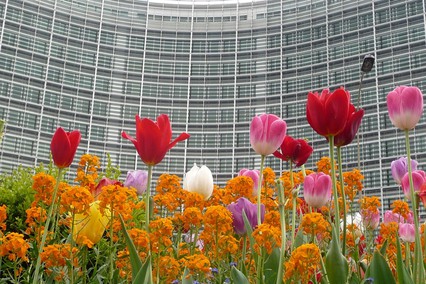