A palaeontologist is an expert in the study of evolution, fossils and prehistoric life. As an expert in extinct life species, palaeontologists also study the relationship between life forms and their environments, drawing conclusions and formulating theories about ways of life, interactions and effects of evolution and extinction. As part of the historical sciences (which include astronomy and biology), the aim of a palaeontologist is to understand the history and evolution of the universe, as well as its origin and identity.

1. Determine possible location of fossils by analyzing data
2. Locate fossils by excavating several layers of sedimentary rock
3. Gather fossil information such as its age and whether it was formed on land or under water
4. Use tools such as picks, drills, chisels, shovels and brushes
5. Use specialized computer programs to evaluate discoveries
6. Make comparisons of newly obtained data to existing data
7. Analyze and study findings

Key skills for a palaeontologist:

Palaeontologists need to have a master’s or doctorate in palaeontology. Bachelor’s degrees in geology or earth sciences may allow them to get an entry-level job, but advancement in this scientific field will be impossible without postgraduate qualifications.

Palaeontologists who are involved in fieldwork need hands-on training regarding the proper usage of research equipment. They usually receive this training at their university. Additional training on the usage of sophisticated field equipment may be provided at research institutes or by employers while a palaeontologist is on the job. 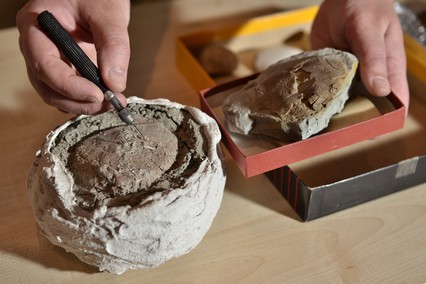